Endodontic, or root canal treatment, is a way to save a tooth when its inner tissue has become infected or decayed.

or Call Us Today

Root Canal Treatment at a Glance

Root canal treatment involves cleaning out the infected tissue and nerve inside the tooth root and replacing it with a special filling which prevents discolouration and further infections. Although this can be a delicate procedure which sometimes requires two or three appointments, our highly skilled dentists are dedicated to delivering both a good experience and a successful result. 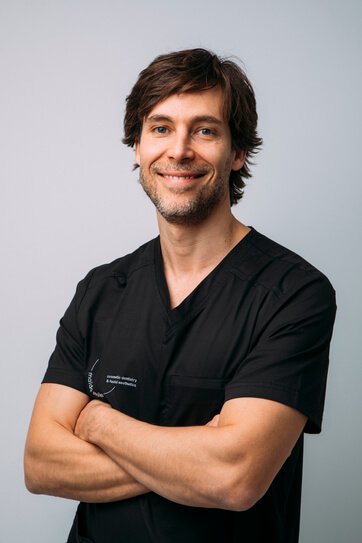 Inside each tooth there is a soft tissue called the pulp, which contains a nerve that detects sensations such as heat, cold or pressure. This tissue can become infected due to tooth decay or an injury, which may cause increased sensitivity, pain and swelling of the gums or face.

While the body’s immune system is usually able to combat infection by sending anti-bodies to kill the bacteria in the affected area, the root canals in the teeth are too narrow to allow enough space for extra anti-bodies. This causes the infected pulp tissue to die, which in turn may cause further infection in the form of an abscess, as the body is unable to clean out the dead tissue trapped inside the tooth.

Since the body’s immune system is unable to heal an infection inside a tooth or tooth root by itself, dental treatment is required to save the tooth and avoid further complications such as discolouration, severe toothache and complete decay.

A root canal procedure is always the preferred treatment over tooth extraction for an infection such as this, as it allows for the retention of the tooth and tends to be less traumatic for the patient.

After an initial consultation, the treatment begins with the dentist administering a local anaesthetic to numb the area around the affected tooth. The procedure is therefore not usually painful, despite its bad reputation.

Once the tooth has been numbed, the top section of the tooth is removed to allow access to the pulp and tooth roots. Since there is no way for the nerve and tissue to heal themselves from the infection, the decayed or infected pulp must be completely cleared out, including inside the narrow root canals.

Once the soft tissue has been removed, the inside of the tooth is disinfected and the end of the root is sealed off from the bone to which it is attached. This is done to prevent any living tissue or bacteria from entering the tooth and causing further infection.

The tooth is then filled with a clinically constructed filling material, specially designed to bond to the inside of the tooth and last a lifetime. Finally, the sealed tooth is then usually topped with a crown for ultimate pressure resistance and aesthetics.

Although the loss of the soft tissue inside the tooth means that it will no longer be able to detect sensations, it will still be fully functional and should not cause any future problems.

“I couldn’t recommend Maida Smiles enough…
I am happy and confident to smile again!”

Learn About Our Clinic 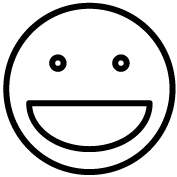 Why not follow us on social media to keep up to date with all our news, exciting announcements and offers?